Simpathy for Android. New mates for BigG in the OHA. 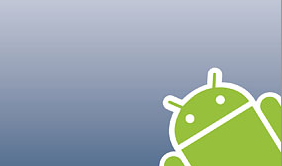 The battle is getting dirty. This week announcement of 14 new members in the Open Handset Alliance surprised me a bit. Almost everyone in the mobile industry is, more or less, interested in Android project and with time passing and product plans disclosures keep going (H209 will be a sort of Android rush) is becoming more and more difficult to resist and don’t get officially involved.

As reported by Paul Miller on engadget:

not quite everyone that matters, but pretty darn close

for someone like Vodafone could seem just a simpaty but let’s keep in mind that Vf is, probably, the most important Operator in Nokia and Symbian Foundation ecosystem, and this look to Android seems really teasing.

SonyEricsson joining the Android mates is impressive in itself: everyone working in the industry since more than a while knows the quality and the overall performance of SEM platforms. SEM recently canceled Symbian based handsets for H208 and moved to Windows Mobile on its multiply delayed XPeria X1. Android now has one opportunity to become the elected plaftorm for internet oriented smartphones for the Scandinavian manufacturer.

Going more in deep, OHA now has onboard also ARM and EMP.
ARM is now developing the MPCore technology that will be one of the most important news in the future of Mobile handsets. Will grant a raising level of performances limiting battery consumption. And this is going to be more and more important on almost always connected devices.
Apple and every I-Phone user knows what I’m saying about battery life problems. Having ARM in the Symbian Foundation initiative in an exclusive way would have be a fantastic advantage for Symbian Foundation. Probably good for Nokia but not affordable for ARM in itself strategically speaking.

For what regards Ericsson Mobile Platform I really think they made a good move: could improve radically the penetration of EMP on Asian and American markets.
Don’t forget that EMP recently signed a significant joint venture with STM that, in the meanwhile, has supported Nokia providing chipset for some important models like N96, anyway showing some performance problems (give a look at this quite discussed post on engadget about N97 coming back to a Texas chipset).

At the end, I think we should not underestimate new joins to OHA. They’re actually new cornerstones in Android race to credibility that, week by week, Google is facing.