On the site http://falkvinge.net/ from which Rick Falkvinge and his Pirates colleagues (some of which also attend the European Parliament) tirelessly inform us about the threats to civil liberties in Europe and the world, there’s a cool “about” section that states: “Rick is the founder of the first Pirate Party and is a political evangelist, traveling around Europe and the world to talk and write about ideas of a sensible information policy. He is also a net activist, building tunnels and tools whenever and wherever”

Pirate parties are achieving significant results somewhere in Europe and I wanted to take the change of asking Rick some questions that can help us, Pirates and activist around, getting inspired from such a great politics visionary and innovator.

[Simone Cicero]: Beyond the well known positions against copyright and patents, which should it be the directions to develop Pirate Party policy in the coming years?

[Rick Falkvinge]: Every major modern political movement started out like this – as a reaction to an injustice. It was the case with the liberals, with the labor movement, with the greens. Over time, they transformed from being against an unjust development to being in favor of an alternative, which then won out over the old guard of their time. 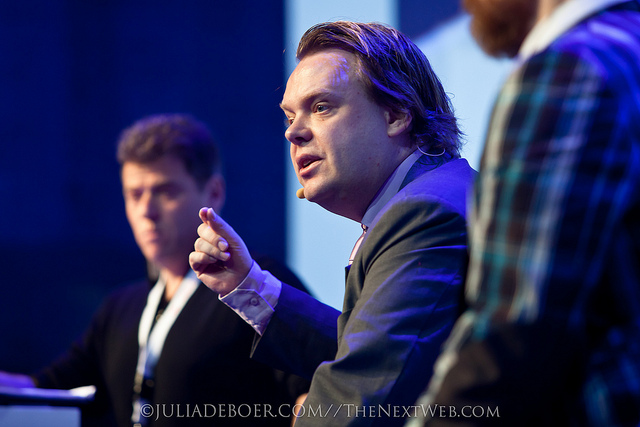 The mature pirate parties are in the process of discovering what this alternative is. We’re not quite there yet, but it’s certainly much, much bigger than just protecting the net against an obsolete copyright industry. There is a reason that there is so much overlap between the Pirate Parties, Anonymous, and Occupy Wall Street, for instance. What that reason is remains to be worded – for now, it’s just a feeling in people’s guts.

[SC]: My impression reading interviews with representatives of the party is that, on many issues (such as the European Union policy or foreign policy in general, issues related to welfare, etc….), there isn’t still a clear and defined position and it’s often said “we’re talking about it” or “we are identifying experts to formulate a position.“

This aspect is crucial as it does nothing but confirming that the PP, when defining a position is difficult or, more frequently, a position hasn’t emerged yet, looks to discussion and sharing as the only solution. What do you think?

[RF]: This response, that we’re in the process of identifying an underlying structure, is actually a very honest response. You are quite right that we need to have those answers, and that it is crucial to getting to the next level as a political movement. However, we’re still accumulating those experts to ding there.

In the meantime, people do vote for us for our underlying sentiment and analysis that you shouldn’t be able to buy laws that override people’s fundamental civil liberties. I can’t understand that the other parties just hum along with this.

[SC]:  Is The Pirate Party intended to make policy together with the existing parties? shall it seek for a partnership? side with them? What’s the ultimate goal?

[RF]: In playing the political game in a parliament with proportional representation, it is not enough to have credible policies and gain votes (which certainly is hard enough). You must also be acutely aware of game theory. Fortunately, that’s something that most gamers can do in their sleep – we have a tremendous advantage as a movement in this aspect.

In short, not only do we need to get into parliaments, but we also need to negotiate ourselves into a position where we become part of a majority coalition and part of our policies become law. Otherwise, our impact will be much smaller, and it will become significantly harder to get re-elected without having delivered when the term is up.

[SC]: Openness, copyleft, p2p, commons are key concepts to the advocates a new kind of development and prosperity. These are simple, easily explicable concepts but they have been often subject to FUD by the established production industry focused on consumerism and growth by resources consumption.

How should we fight this battle? What would you suggest to people, activists and advocates of a society that’s more equal and careful of civil liberties? 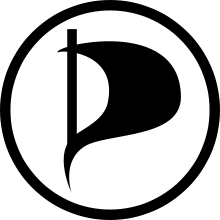 [RF]: It’s the same challenge that all the major political movements had – that their new perspective was originally only understood in the framework of the previous establishment. The greens were originally “against production” and “against economic growth”; it took quite a bit of explaining to communicate the new perspective: not being against production, but being in favor of sustainability.

We have the same task ahead of us in explaining our perspectives, and we should expect it to take hold overnight. We need to grow one dialog at a time, one person “getting it” at a time.

[SC]: We are launching Hopen Think Tank (hopen.it / @hopentt) in Rome with a strong dissemination focus: we think that Freedom comes only from awareness so we’ld like to dedicate our efforts to evangelize people about their own potential thanks to media like the Internet.

Do you think that working on dissemination to produce awareness is a good practice for the new activist? How much instead lobbying for an open culture is on the other hand important? In other words shall we aim to a bottom up or top bottom approach?

My point here is that you can’t really understand pirate policies unless you live the connected lifestyle.

[SC]: The idea of protecting privacy online seems sometimes pretty hard to imagine in our hyperconnected society; I mean: how things like the concept of “sharing” fits with “protecting privacy”? What kind of model do you envision regarding how to manage our digital footprints?

[RF]: This is key to the first step of the battle – tying enforcement of the copyright monopoly to erosion of civil liberties; that the copyright industries are essentially demanding the end of freedom of speech and opinion in order to preserve their way of business. Once you manage to communicate that connection, the rest is much easier.

That was our key to the success in the 2009 European Elections.

[SC]: What do you think about the lack of distributed, p2p, alternatives to centralized, often privacy problematic services – like Social networks or productivity suites? How shall we face this issue?

[RF]: There is a very general rule that has always applied on the net: if you see something you don’t like, then post something you do like. The same applies with the centralized services. Yes, they are a problem, but our power to change society doesn’t lie in changing them. It lies in creating something better to replace them.

Just look at what free software has done to the old telecom world. All mobile phones – Nokia’s MeeGo, Apple’s iOS and Google’s Android – are built on free software. The old locked-in systems are gone, and even though some (looking at Apple here) like to lock in their users again, this transformation shows the power of information freedom.

[SC]: You invested all your savings on Bitcoin: don’t you think that p2p community based alternative  currencies like this shouldn’t be traded or accumulated? I mean: shouldn’t be used to support a real economy of mutual exchange of real, tangible values instead?

[RF]: A currency has many functions, but doesn’t work without fulfilling its most basic promise of being an exchange of value. Bitcoin has some way to go to achieve that functionality in a satisfying manner. However, as we see with the banking blockade against WikiLeaks, an alternative to the U.S.-centralized financial clearinghouses is desperately needed, and I would prefer a decentralized, uncontrollable version that can’t turn off the money flow to a player that embarrasses governments.

[SC]: Now a quite broad question. You’re indubitably a visionary: founding the PP more than five years ago was way ahead of time. Those days, we weren’t conscious of what the Internet was going to become as a safeguard of our own civil liberties and how eager governments of the world  were to subjugate it.

I often make this question during my interviews: what Internet do you expect in five years or so? Is it our own responsibility to build it?

[RF]: We are currently at a very crucial crossroads. The internet is being increasingly wiretapped and censored, but it is also becoming more and more resilient and decentralized to that kind of control.

Which side wins? That is that battle happening right before our eyes, right now. If the control and authoritarian side wins (including the copyright industry), we will have a Big Brother society beyond our worst nightmares. If the decentralized, activist side wins, we will have more transparency and a stronger democracy than ever seen before.

There is a lot at stake, and everybody has a responsibility to fight for what they believe in.

The current fights are not going to be over in five years. That’s what everybody said with Napster in 1999, too, but the copyright industry is still rehashing the same tired arguments over and over. Worse, the politicians are buying them out of ignorance and lack of understanding.

This will continue until we get politicians in decision-making positions that can see the special interests for what they are and tell them to take a hike if they can’t sustain a business. We have only started going down that road, but I predict we will have made significant progress a decade from today.

If we haven’t, we will be at risk of a very dark turn in civilization.